Since recently, one more Zagreb restaurant presents its offer through daShef digital menu. We present you a Russian restaurant The Pushkin’s Office, who will delight you with it’s story and it’s offer.

In early February, The Office restaurant, owned by a couple, Jana and Slobodan Varga, expanded it’s name to The Pushkin’s Office, in order to emphasize that it’s a Russian restaurant which offeres something new to Croatian market – Russian cuisine. They decided to be authentic and offer flavors and aromas of the original Russian dishes and to hold on to the Russian national cuisine. They want to be consistent and provide only what is considered the ‘Russian cuisine’. Fact that shows they’re on the right track is that they have a lot of Russian guests, living in Zagreb or just passing through, who say the taste is totally authentic. 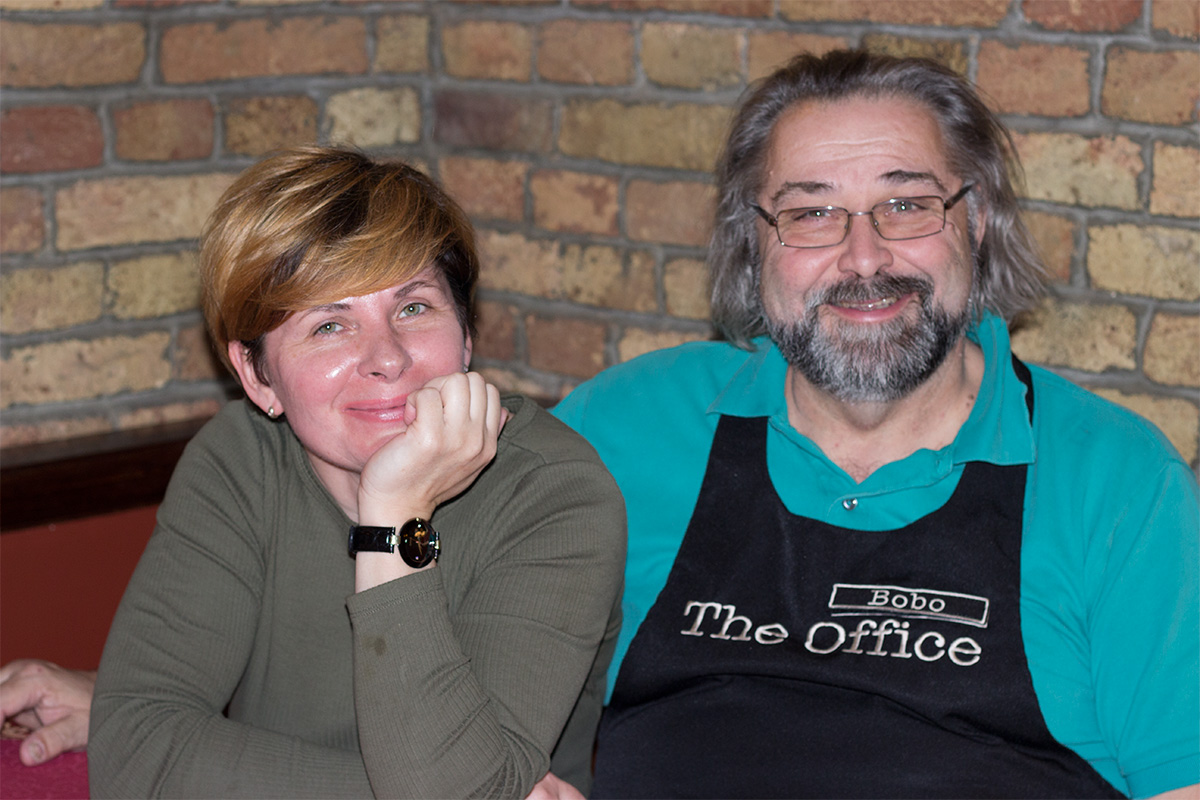 The owners had a lot of experience on ‘the other side’, as guests, but not as caterers. This is their first step into the world of hospitality, but believe they’ve learned a lot that in the past few months. Three months since opening, the owners are more than happy with the idea and the success of the restaurant. To them it is essential that their guests feel comfortable, like at home, while they are doing everything in order to achieve that. Mr. Varga stressed that the only difference between their family guests and guests in their restaurant is that the guests in the restaurant pay for their order, but the approach is same.

As for the the restaurant specialties, it’s difficult to single out just one. The list of recommended dishes is quite long. Nevertheless, we will highlight some of them. There are pancakes with caviar, pancakes with salmon, the three most typical Russian soups – clear soup, borscht soup and soup saljanka made from several types of dried meat. From main courses there is shashlik, one of the most famous Russian meat dishes, Peter the Great Easter Egg dish, pork fillet stuffed with cheese and neck, wrapped in bacon and baked. One of the specialties is the Russian hunter’s stew with four types of vension, which is cooked in a cauldron over an open fire, after the meat stayed in a special marinade of red wine, spices and vegetables for four days, and than cooked in the same marinade, without adding any water. There are also pierogi, bags of dough, stuffed potatoes and wild mushrooms, and some upcoming new desserts that the owner doesn’t want to talk about to much in advance, but has hinted that it will be one of the most famous Russian cakes.

Mr. Varga highlighted that, in The Pushkin’s Office, vodka is served as it needs to be served. It must be cold, hypothermic and poured into an icy glass. The temperature of poured vodka is -18 ° C, and prior to consumption temperature rises to -10 ° C or -5 ° C, the temperature at which vodka needs to be drunk. In addition, the owners give their guests the specific tips on how to drink vodka and don’t get drunk. 🙂

The restaurant presents not only an excellent cuisine and pleasant atmosphere, but also a number of events. In fact, every Saturday there’s a live band, and the owner especially praises Oridano band, which plays a great gypsy jazz. In December, the owners organized a series of events for children’s home in Nazorova. With great support from the Finnish Embassy and the ambassador, they organized several parties, where they collected money for Nazorova, so that the entire earnings from December were donated. On that occasion, children were invited to lunch, which was attended by 20 children and their guardians, when they also received few small gifts. 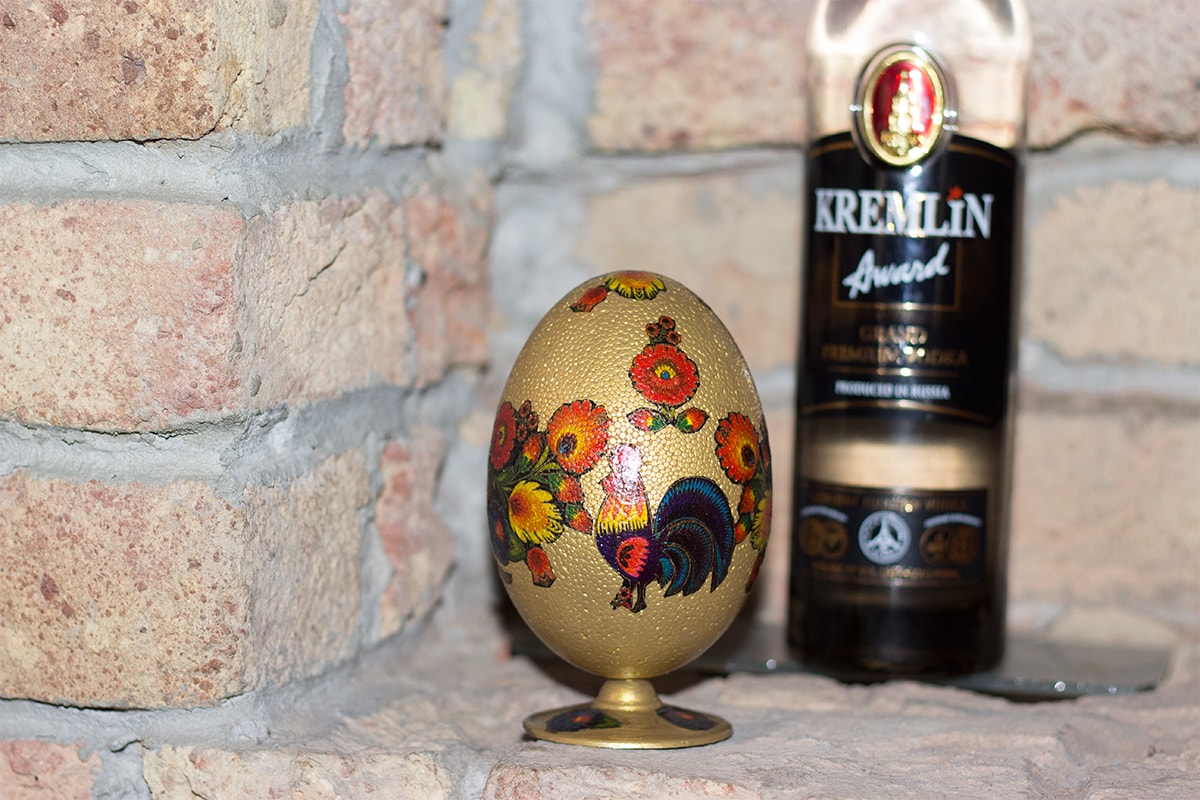 Since opening, Mr. Varga had an idea about restaurant’s offer being displayed on tablets, but was not prepared to engage himself in developing an app. He was thinking of setting up a website on the tablet and that way provide all the necessary information about the restaurant and its offer. On hearing of digital menu daShef, he decided to go a step further and to display the entire menu in a digital form. In his words, daShef is a system that is much stronger than his original idea, which was the main reason for embarking on this whole story. He considered it a very interesting solution and something that only few restaurants can offer to their guests.

Mr. Varga is extremely pleased with daShef digital menus, and especially with the fact that the complete offer of the restaurant is displayed in graphic form. From his experience, guests often opt for something other than their original intent solely on the basis of photos and descriptions of the selected dish. He believes that it’s very important to show the dish photos to the guest, which is why they try to put a lot of photos in classic paper manus, but the whole expirience not be compared.

‘Digital menu is something completely different than paper menus because a person can browse and view photos as a picture book.‘ (S. Varga)

Since implementing digital menus, Mr. Varga’s experiences are two-fold, what in the first place, he says, depends on the customer. There are guests who do not want digital menu regardless of seeing pictures and more information about the food, which in the case of The Pushkin’s Office is very specific, because the food has a Russian background. On the other hand, the owner pointed out a case where the whole family came to dinner and the youngest member of the family was not interested in food. As he was bored, g. Varga gave him a digital menu and at the end, thanks to the digital menu and attractive photographs, the child found something of interest, what especially pleased the parents because it was not necessary to further plead the child to eat. Another positive experience is with foreigners. Since the menu is translated in several languages, it is much easier to provide the guest with a menu in their own language, and when the offer is accompanied by an image content, the customer knows exactly what to expect on his table. There is a strong interest in digital menus among foreigners and the practice so far has shown that these kind of menus are better accepted by foreigners than by domestic guests. Perhaps the reason lies in the fact that it’s somewhat of a novelty in Croatia, but Mr. Varga is confident that this will change soon.

“I definitely think that this is something that any serious caterer should implement in his restaurant or bar. Especially where the clientele is relatively young and is accustomed to the use of tablets and smartphones. Sometime such novelties are the first thing that attracts them to the establishment, and when they see the quality of what’s behind it all, things go perfectly. ”

What else to say in the end, but advise you to visit this nice Russian restaurant, try the real Russian vodka, feel that pleasant atmosphere, take a tablet in your hands and find a dish to your liking. 😉 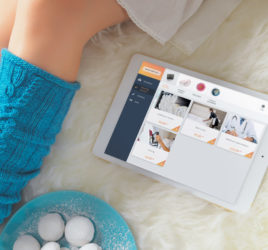 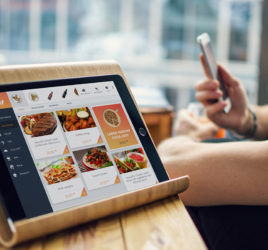 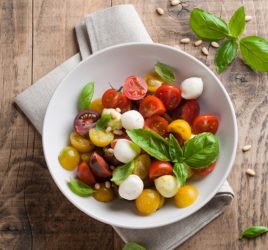